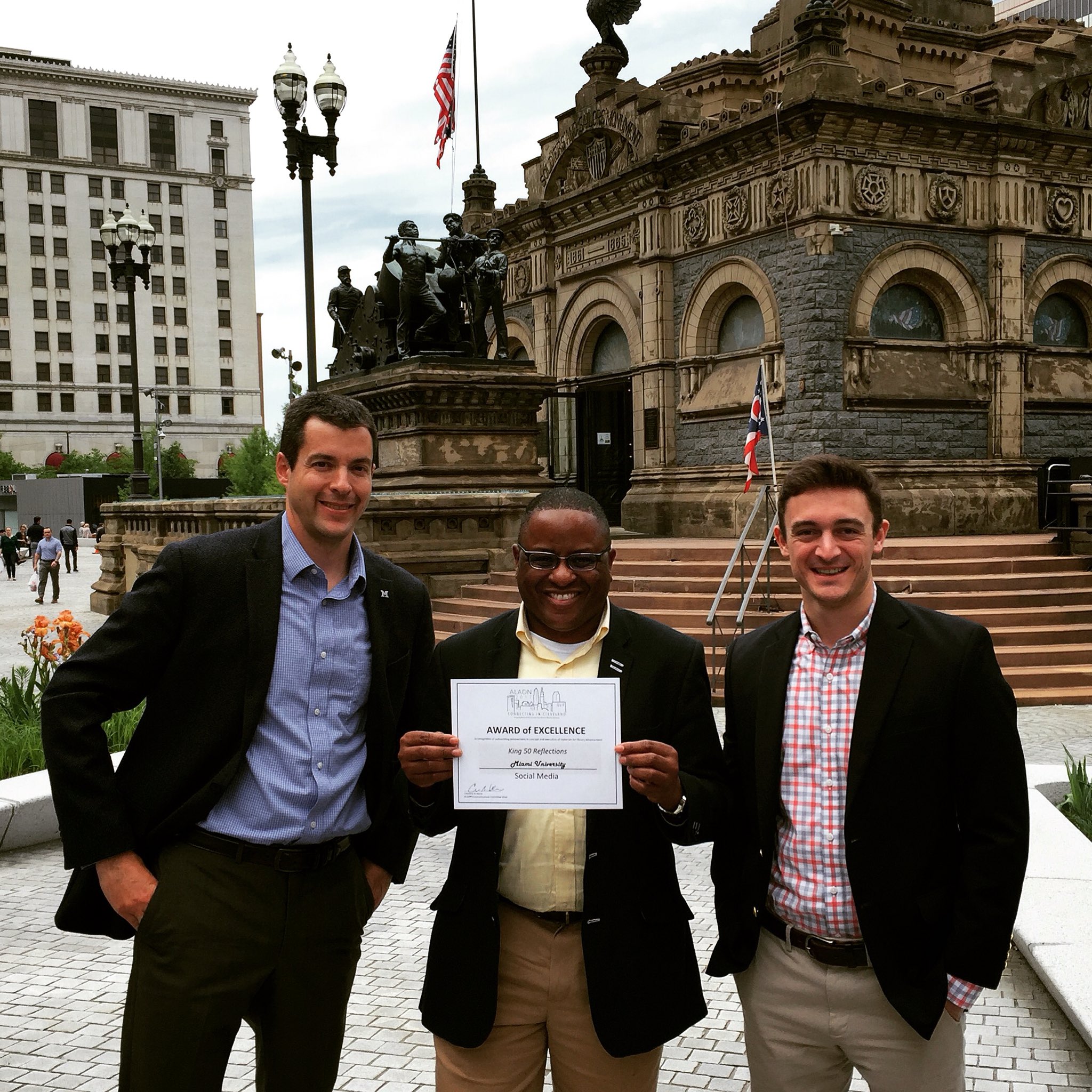 The campaign, built around the memories and reflections of Miami alumni in honor of King Library’s 50th anniversary, earned the ALADN Award of Excellence in the category of social media. The ALADN Communications Committee presented one award of excellence in each of 15 communications categories.

Led by Vince Frieden, strategic communications coordinator, and David Mulford, interim strategic communications specialist, the #King50Refelctions campaign included a Flickr gallery of more than 40 alumni reflections, ranging from humorous recollections to serious reflections about the impact the library had on academic and life successes. The Flickr gallery drew more than 250 views and a series of Tweets recorded more than 20,000 impressions.

“This was a particularly meaningful campaign that would not have been possible without the tremendous participation of Miami University’s alumni in responding to our request for library memories,” Dean and University Librarian Jerome Conley said. “What better way to tell the story of King Library’s 50 years than through those who lived and shaped that experience? The honor from a national organization is notable but seeing the fondness many of our alumni still feel toward the Miami University Libraries was outright humbling.”

The February edition of the Miami University Alumni Association Enews and spring/summer Miamian magazine both highlighted #King50Reflections. The campaign also resulted in a spinoff Valentine’s Day compilation, featuring the stories of Miami Mergers who met, enjoyed study dates and even experienced first kisses in and around the University Libraries.

ALADN, founded in 1995, is a library fundraising community open to professionals involved in development and advancement throughout North America. More than 170 professionals from 100-plus colleges and universities in the U.S. and Canada attended the 2017 conference in Cleveland, which also featured two presentations by Miami University Libraries staff.