Born in Chicago, Myron’s family owned and operated a toy-making business for three generations. He studied business at Miami University until May 1943 when he enlisted in the U.S. Navy and served aboard the USS Clinton. Following the war, Myron returned to Miami in 1946 and became actively involved with Jewish leadership on campus. He was elected President of Hillel in 1947 and was one of three people who met the Holocaust survivors, John Macsai and Robert Diamant, at the Oxford train station in the early morning hours. Myron was known for his kindness, generosity, and commitment to strengthening the Jewish community after the war. A true mensch, Myron’s impact is remembered decades later in the life-long friendships he built at Miami University and his efforts to create a space for Jewish students and survivors to heal in the wake of the Holocaust. 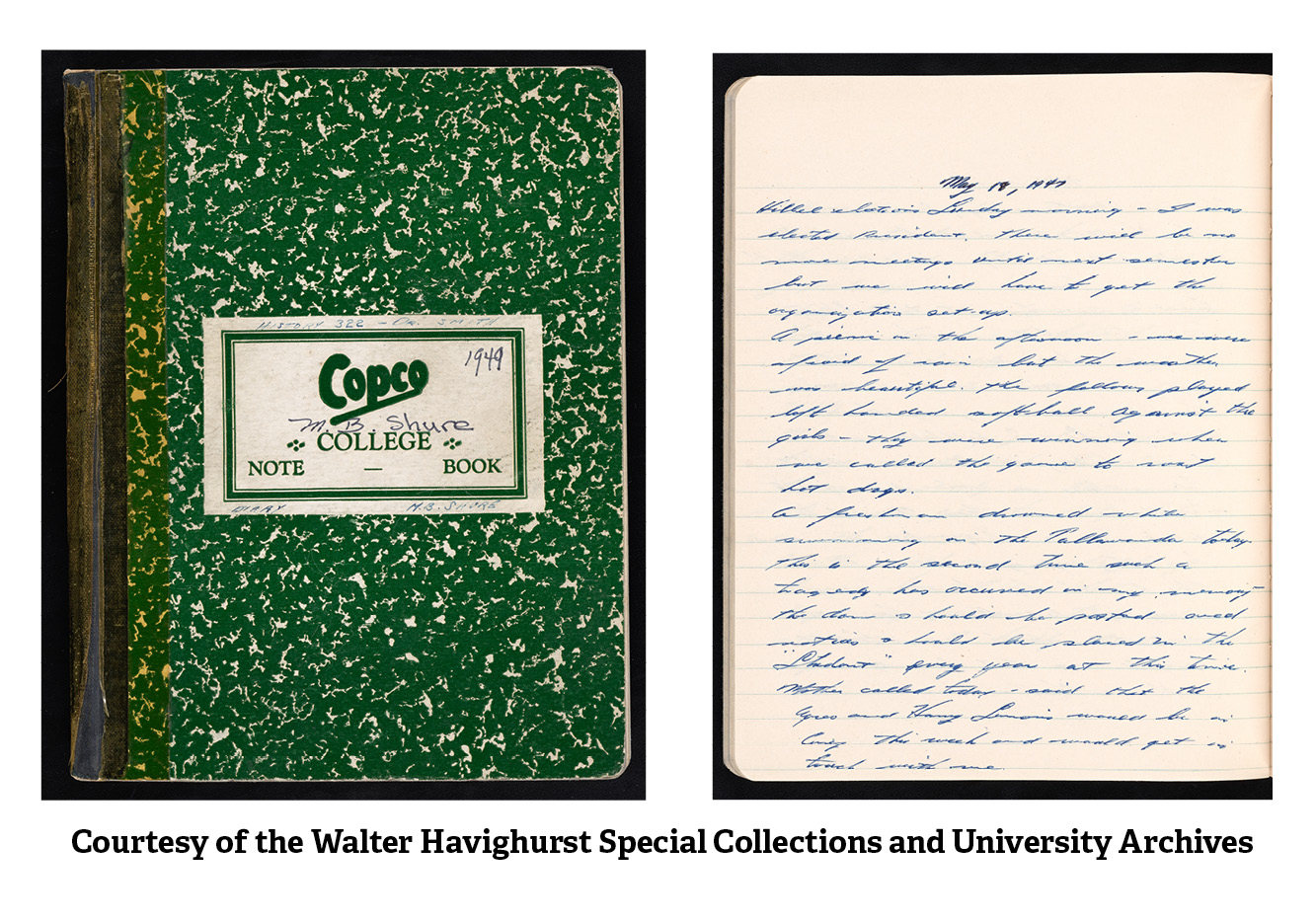 Myron’s story is one of ten extraordinary personal journeys of Miami alumni and faculty told in the exhibition, Bearing Witness: The Holocaust and Jewish Experience at Miami University, co-hosted by the Walter Havighurst Special Collections & University Archives and Hillel at Miami University. 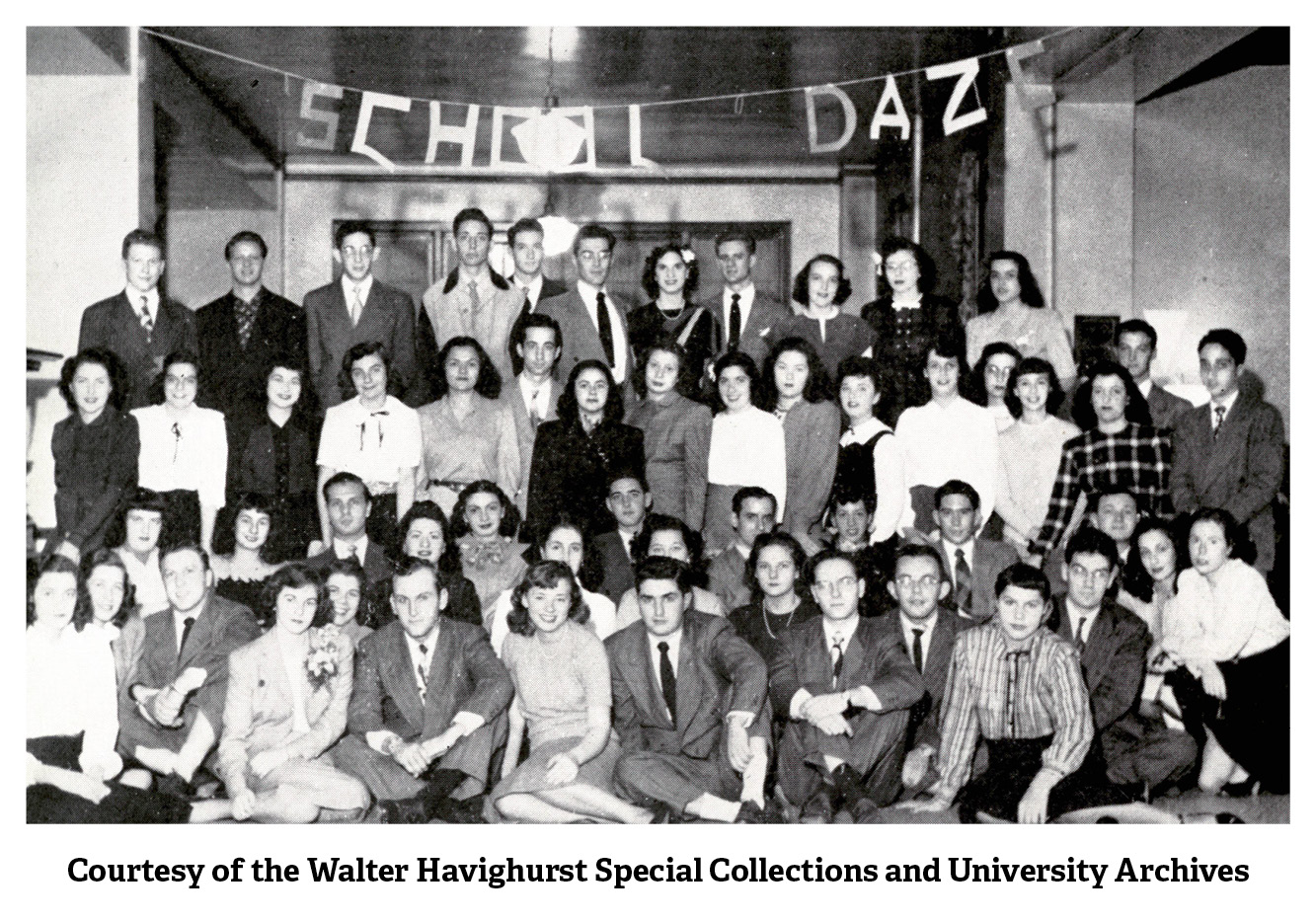