For the first time, the Miami University Libraries are pleased to offer complimentary electronic memberships to The Wall Street Journal for all current students, faculty and staff.

With access to the world’s latest news, business insight, and expert commentary, every reader has the power to fuel their ambition with The Wall Street Journal. Each activated account comes with access to WSJ.com, the WSJ mobile app, curated newsletters, and WSJ+, an exclusive experience with access to special events, discounts, and travel destinations.

Miami students, faculty and staff can activate their complimentary membership by visiting WSJ.com/MiamiOH, logging into the school portal and creating an account on the registration page.

Those who currently pay for membership may call 1-800-JOURNAL, and mention they are switching to their membership provided by Miami University. Partial refunds will be dispersed.

The world is truly at your fingertips.

The Miami University Libraries posted another strong showing during the #MoveInMiami day-of-giving campaign, with preliminary numbers showing 70-plus donors contributing more than $9,000 to Libraries’ funding priorities.

Processing on the more than 4,400 gifts received during the overall #MoveInMiami effort continues, and the final Libraries total is expected to trend higher. Over the past four years, donors have contributed more than $30,000 to Libraries funds and initiatives during #MoveInMiami.

The bulk of this generosity has been dedicated to the Textbook Initiative, which purchases textbooks for high-enrollment courses and makes them available via checkout to students, and the Technology Support Fund, which enhances the technology resources the Libraries are able to make available to students.

“Each year I’m amazed at the contributions our donors are willing to step up and provide to the University Libraries,” said Jerome Conley, dean and university librarian. “We want to provide our students the opportunity to succeed in all their chosen fields of human endeavor, and thanks to your support, we are able to make those dreams come true.”

To learn more about #MoveInMiami and its university-wide impact, visit MoveInMiami.org. 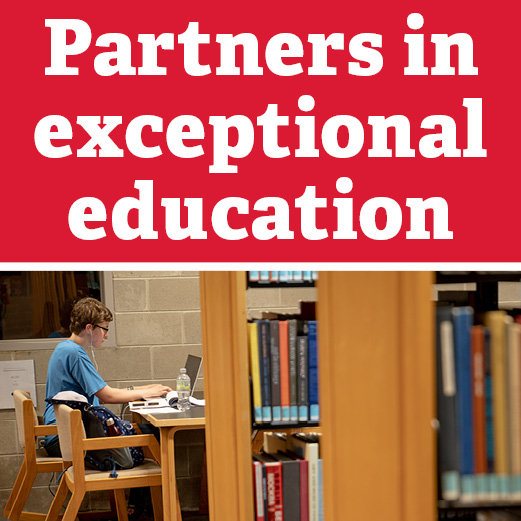 All faculty members are encouraged to collaborate with the University Libraries throughout the year to enhance the educational experience they provide for their students and advance their own research. Following are four great places to start:

8 ways your University Libraries give you a competitive edge

Congratulations to the Class of 2022 on your admission into Miami University and the start of what will be four tremendous years of learning, personal growth, and great friends and memories.

Of course, the transition to college and the intensity of college-level classes and coursework can be daunting at times. That’s why we are here – to serve you and ensure you have what you need to thrive academically and for the rest of your lives. We stand ready to meet you where you are and help guide you to where you want to be.

In the meantime, prepare yourself with our first-year student LibGuide and these eight great ways the University Libraries can help you ace the next four years.

The Miami University Libraries have teamed up with the Rinella Learning Center and are here to support your scholarly pursuits with a series of nine workshops covering a wide range of topics from citing sources and navigating copyright law to mobile apps and 3D printing.

The series kicked off with “Apps for Academic Success” on Wednesday, Aug. 29 and runs through Oct. 10, when it concludes with “Present like a Pro.” Pre-registration is available through the Rinella Learning Center, but please feel free to drop by! 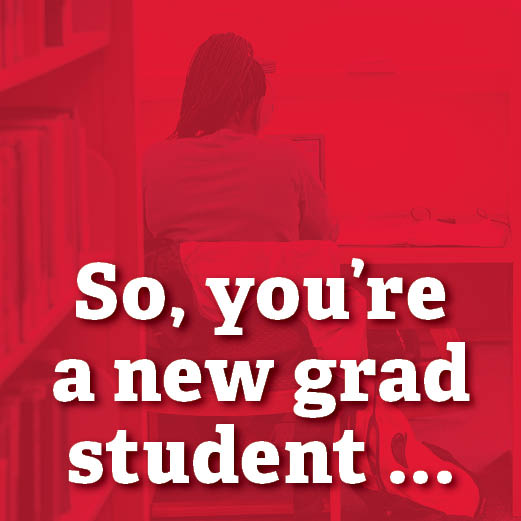 As the start of the fall semester nears, the Miami University Libraries are excited to play an integral role in the scholarly success of our new graduate students.

For a complete primer on getting the most from the University Libraries during your time in graduate school, bookmark our comprehensive online LibGuide on graduate student resources.

To get you started, here are six ways the Libraries can make your grad school life easier:

The Miami University Libraries are pleased to welcome Abi Morgan to the Advise & Instruct Department, where she began as social sciences librarian on July 2.

Morgan provides library services including consultation, instruction and collection development for faculty and students in social sciences departments across the College of Education, Health, and Society; the Farmer School of Business; and the College of Arts and Sciences.

“We’re excited to be able to position the library to provide additional subject specialist capacity for the Farmer School of Business as well as the Department of Teacher Education,” said Kevin Messner, head of Advise & Instruct.

Prior to joining Miami, Morgan worked as librarian and project manager with the Office of the Comptroller of the Currency and served as interim Upper School library assistant at Sidwell Friends School in Washington, D.C. She also taught World Studies and U.S. History as a long-term substitute at Miller High School.

“Abi has a terrific breadth of experience in the applied social sciences between her classroom experience in middle and high school teaching and her prior role as a federal government librarian. It is a bonus that she starts her new role already acquainted with Miami and the library system,” said Messner.

“This role is a wonderful opportunity to utilize all my previous work experiences and enhance my connections with the great library team at Miami. I’m excited to spend more time on instruction and to collaborate with students, faculty and staff on their research,” said Morgan.

Miami in the Cold War

From the threat of nuclear war to Korea and Vietnam to unrest on campus, the Cold War years marked a notable and turbulent time in Miami University history.

A new exhibit in the Walter Havighurst Special Collections & University Archives, located in King Library 321, explores the various chapters and sides of this era through photos, letters, memorabilia and even a children’s game.

In this three-minute video, Elizabeth Maurer, library technician in the Havighurst Special Collections & University Archives, introduces “We Were There: Miami in the Cold War” and talks about a few notable items and their place in Miami history.

“We Were There: Miami in the Cold War” is available for viewing – free of charge – in King Library room 321. The Havighurst Special Collections and University Archives are open 8 a.m. – 4 p.m., Monday-Friday.

With a renewed focus on connecting with new students and bolstering support of other key student constituencies, the Miami University Libraries are excited to announce the hiring of two new student success librarians within the Advise & Instruct Department.

“The emphasis on student success and engagement is not new to the University Libraries,” said Lindsay Miller, assistant head of Advise & Instruct. “These new positions increase our capacity to create meaningful, welcoming and supportive experiences for students engaging with Miami’s library services and resources. Their voices also will represent the Libraries in campus-wide discussions about student success.”

As student success librarian for campus engagement, Birkenhauer supports students via classroom instruction, workshops, events and other initiatives. She will collaborate closely with campus partners to enhance student engagement, success and academic well-being. The role seeks to enhance outreach to key campus constituencies, including first-generation students, international students, veterans and others.

Birkenhauer holds a bachelor’s from Miami and an M.L.I.S. from Kent State University. She joined the University Libraries as a senior library technician in 2011 and has served as academic resident librarian since October 2016. Much of her residency was dedicated to providing instruction, developing innovative programming and fostering campus partnerships to better serve first-year and at-risk student populations.

“Laura has already demonstrated her ability to thrive in this role,” Miller said. “She brings high levels of professionalism and enthusiasm to the position, and we are excited both by the ideas she brings to the table and her demonstrated ability to turn great ideas into realities.”

Birkenhauer works out of 214 King Library and can be reached at crosbylm@MiamiOH.edu or 529-4148.

As student success librarian for foundational learning, Floyd supports the student transition from high school to college with a focus on integrating research skills and information literacy into the first-year student curriculum. He will also build upon programming and services that orient students to the University Libraries and engage them as active users of library resources.

Floyd holds bachelor’s and master’s degrees from Marshall University, an M.L.S. from Indiana University, and is nearing completion of a doctorate in mass communication from IU. For the past year, he has served the Miami Libraries by developing instructional sessions in information and media literacy.

“Nate’s interest, experience and enthusiasm make him a great addition,” Miller said. “His background in information literacy and journalism allow him to introduce and instill these skills to students in interactive and engaging ways. He has been impressive in the ways he has been able to keep up with and adapt to how changes in technology are reshaping this landscape.”

“We are excited about these hires and the directions in which they will lead the futures of the Miami University Libraries and the Advise & Instruct department,” said Kevin Messner, head, Advise & Instruct. “Nate and Laura both offer insightful perspectives and direct experience in relation to student needs in and outside the classroom. Their roles and their abilities will actively build and contribute to Libraries’ and university programming.”

B.E.S.T., Amos and Wertz will close for Tuesday, June 5

On Tuesday, June 5, B.E.S.T. Library, Amos Music Library, and Wertz Art and Architecture Library will close for the day while staff attend training. King Library will remain open from 7:15 a.m. - 9 p.m., and online chat will be unavailable.